I wanted to preface this blog to apologise for how long it has taken me to write it. As a travel writer, I find it my job to tell the world of my travel experiences, regardless of how good or bad they are. When I visited Cambodia, it moved me and changed me in ways I am still trying to figure out. Not only was it the people, the countryside, the stories, and the food- it was the history that holds a secret and special place within me. I feel it is my job to educate the world on the good and the bad, the beautiful and the ugly, the happy and the sad. So, without further adieu, I give you my favourite, most meaningful blog post to date. Within which, there are graphic stories that highlight the innate horrors of the Cambodian Khmer Rouge Regime.
***
You’re standing on a street corner in Phnom Penh, Cambodia, sometime in the late seventies.  You take a look around: What do you see? What do you hear and smell?  The cities have been emptied; the government has forced the residents into factories and farms, mostly in rural areas.  The people you do see have fear etched onto their faces, and they are careful not to say too much.

Simply having an opinion in this version of Cambodia may land them in prison, or worse: Cambodia’s killing fields.  These are not places you eventually get to walk out of.

The scent of death hangs thick in the air, almost as thick as the tension.  Arrests, beatings and murders are commonplace, and there’s no telling who might be next.  Buildings are being annexed by government forces and promptly cloaked with razor wire, becoming ominous overnight.  It doesn’t take much of an imagination to know what goes inside these compounds. Could it be what I think it is?  During a a time when the West was pre-occupied with the retreat from neighbouring Vietnam, and all too willing to tune it out, all numbers of horrors fell across Cambodia.
Horrors, that still today, go unknown or misunderstood. After WWII, as the full scope of the holocaust became clearer with each new grizzly discovery, the world collectively proclaimed, “Never again!”  I guess some didn’t get that message; genocide, as we all know, still happens. I admit that before I started travelling, the idea of genocide, and the impact of just uttering the word, was distant.  I may have learned about these things in school, but I was too busy focusing on myself; I may have seen the stories on the news, but I was too distracted by assignments or boys. You get the idea.  I had leaned about Auschwitz, of course, and I had heard about Cambodia’s Killing Fields, but those places seemed so far and so irrelevant to me. Now that I travel and learn about the places I go, I am deeply bothered by that last confession. Not only am I bothered by having been ignorant of some major world events, I am deeply saddened that some continue to happen.

Due to the proximity of the S21 prison and the Killing Fields to Cambodia’s capital of Phnom Penh, it’s almost impossible not to visit these two sites when visiting the country.  In 1975, a high school was converted into what became known as Security Prison 21, or S21. Under the Khmer Rouge reign of terror, anyone who was educated, had travelled, had a connection to a foreign government, or believed in a free market society was deemed a threat and promptly imprisoned and interrogated; as was everyone they knew.

Because they were interrogated under extreme torture, the prisoners basically said or signed anything to make the pain stop, but by doing so, they often signed their own execution, as the guards no longer had need of them.  Soon, no one was safe; the government evacuated the cities, and anyone not deemed a threat was sent to work in dreadful conditions on forced labor farms. This was also a way to escape certain imprisonment, torture and death.  Many city dwellers would scuff and scrape their hands and faces and tatter their clothes to try and pass themselves off as peasant farmers.

It’s difficult to articulate what happened here.  Torture, beating, starving, humiliation, killing, rats, lice, disease, prisoners chained to the floor and on and on.  I believe that humans are, at their core, good, so it’s hard to imagine that because one nasty asshole thinks he should torture and kill some people, and gives the order down the chain of command, that not one of those soldiers stopped to think that something wasn’t quite right.  Well, the history books are written so I guess I have my answer. Depending on your source, there were as many as 17,000 people who entered this facility, and survivors? Not likely. Again, depending on your source (the Khmer Rouge weren’t exactly credible sources), maybe 12 to 14 people survived.  Let that sink in.  They survived only because they had a special skill to the liking of a commander.  One of the survivors was kept alive because we was an artist and was commissioned to paint their “fearless leader.”  He is also responsible for the graphic paintings that line the walls today, depicting daily life at the prison.
In 1978, any kind of government relations between Cambodia (then Kampuchea) and Vietnam were falling apart, and there was an ill-advised attempt at an invasion by the Khmer Rouge (a massacre).  This pissed the Vietnamese off, and a counter invasion was launched.  When they discovered the S21 prison, they brought in media to record their discovery for future prosecution.  The prison today is left almost identically to how the first witnesses saw it, sans the corpses.  Chains bolted to the floor, rusted bed frames, blood stained walls and floors, rusted out ammunition boxes used for toilets, and large, bloody, black and white photos taken as it was found in 1979 with corpses, is how we find it today. There is a presence here, and I think everyone feels it.  This is a museum today: $2 to enter and essentially, as I said, the place is the same as it was.  Most tourists stroll the grounds in silence. There aren’t any words to describe the feeling of visiting, just a flux of emotions. Like confusion: why were there barbed wires on the second floor to prevent jumpers, when they were going to kill everyone anyway? And anger: how could they possibly do this and get away with it for so long? And frustration: some Khmer Rouge leaders are still living amongst us.
I am not a spiritual person, but if I have ever had a spiritual experience, it happened here: I could close my eyes and lay my hands on the cold bricks and feel the rage of everyone that ever passed through here. This man below is one of four humble survivors from S21 who were found shortly after the Vietnamese discovered the prison. Listening to his story and watching him smile released tears from my eyes. Watching someone who suffered so much in his youth smile and laugh was truly inspirational. Unfortunately, it does’t get anymore uplifting when you take a trip just outside the city limits to Cambodia’s Killing Fields.  The name says it all: it’s a field, and they killed people here. A lot of people. And it wasn’t the only place.  Many of the victims’ skulls greet you as you enter the grounds.  A tower of skulls, 5000 or so, most with visible holes in the head, are stacked in a tall stupa, at the base of which is a pile of tattered clothing once worn by the victims.  Once again, depending on your source, there could have been as many as a million people murdered here. Many thousands of bodies were exhumed throughout the 80s, but recently it was decided they will let the remaining uncovered bodies rest undisturbed.  The mass graves that were excavated are large grassy craters today, and most are marked with signs describing how many bodies were found there. Every year after the rains, more bones and teeth are found, and bits of clothing come up through the ground.  As I wandered the grounds, my feet crushing the bones of innocent souls beneath me, I couldn’t help but let the tears fall soundlessly on their broken bodies. My heart pounded for them; these people deserved so much more. This Tree was used as a point for prisoners to crush the heads of babies and small children in order to kill them before their mother’s eyes. The mothers were then raped and tortured to death while suffering from the trauma of watching their children die. Once dead, or on the verge, mother and child were tossed into mass graves amongst the decaying bodies of their friends and families. This will leave a mark on your soul to be sure.  Cambodia is beautiful and has many attractions that would be a shame to miss, but if you visit Cambodia, these are something of a rite of passage.  I think it’s necessary to know and understand what a culture has been through, no matter how gruesome; it’s part of their history and we, as privileged travelers, owe it to the people to take it all in, the good and the bad.
It is so sad that there are just not that many people in Cambodia over the age of 50: the Khmer Rouge decimated a quarter of its population. When I did see someone older, it seemed such a symbol of perseverance that I wanted to sit and talk to that individual for hours.  Cambodia has had an unfortunate past, but with tourism growing so quickly, there is so much potential and so much beauty here, it’s too bad they can’t box it up and export it.  You can help Cambodia realise this potential by learning about it’s past; I guarantee you will find a level of emotion within yourself you may not have known you had.
Love always,
Abbie xoxo A City of Light and Darkness- Phnom Penh How to Avoid These 9 Travel Scams in South East Asia 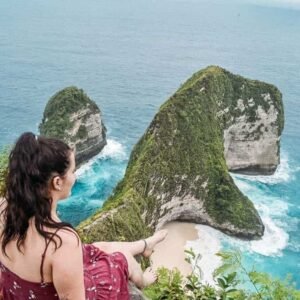